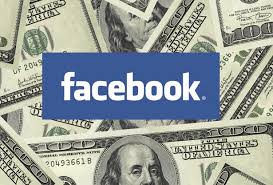 For many years, PayPal has stood unchallenged at the top of the Internet money transfer heap. When it comes to paying for items online or transferring money for just about any reason, PayPal credit card processing and money transfer is the default, go-to service to use. Now, however, a new challenger has arisen that could turn out to be the first legitimate challenger to the Paypal credit card processing empire.

Facebook is preparing to unveil a money transfer business of its own, in Europe at first, and due to Facebook’s expansive, hundreds-of-millions-strong user base, could set itself up as an heir to the throne.

Experts are still split as to whether a Facebook money transfer service would constitute a legitimate challenge, or how long it would take for the social network to build trust and establish a successful operation. Facebook has yet to comment on the launch, so there is no clear timeframe for the service, but the company already has a license to perform money services in most of the United States and is close to gaining the same in Ireland, which serves as its European base. The Financial Times has reported that Facebook is scant weeks away from gaining this approval, in fact, and when they get it, there could be a legitimate threat to Paypal credit card processing and money transfer services.

It is unclear at this point whether Facebook would go it alone or pair with one of at least three London-based financial firms who already have apps for these kinds of transfer. The biggest hurdle that the company will have to overcome would appear to be a trust issue; they seem to continually face issues from their user base over new features and changes to appearance on the site. Still, this sort of endeavor stands to be more profitable by far than their recent acquisitions of WhatsApp and Oculus VR; experts feel that the company could’ve created its own services that mimic the functionality of these for cheaper than they spent to buy the apps. A financial money transfer service, however, builds on the existing strengths of the company.